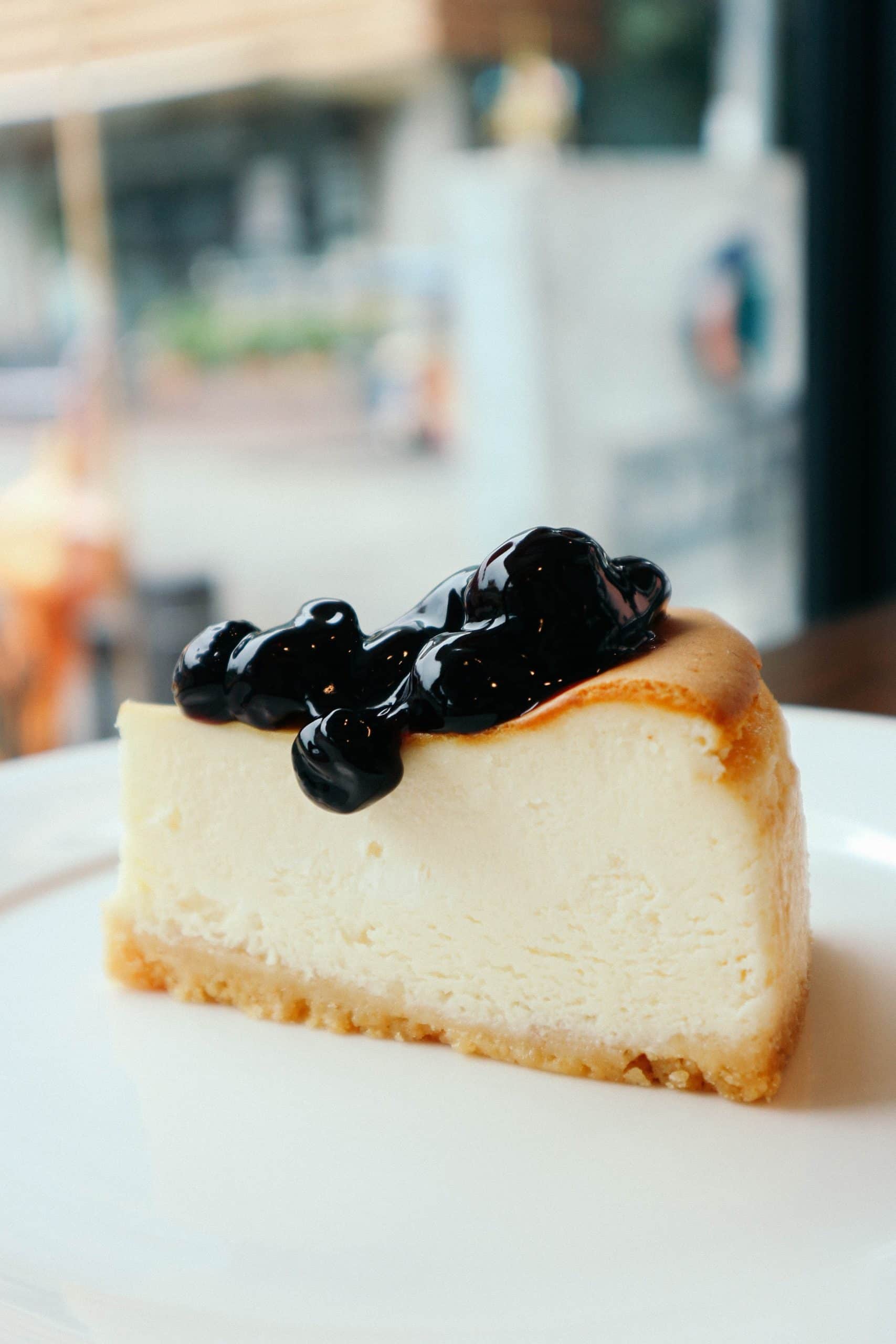 Is There A Healthy Cheesecake Option?

Just like any special treat, if you want to eat it at every meal, there is no healthy cheesecake option. With that said, there are options that are healthier than others and ways to make cheesecake healthier, but it’s still a dessert and still has some form of sugar. Some recipes use stevia, which doesn’t have the same effect as other types of sweeteners, lowering both blood sugar and insulin levels. Even if the sugar is natural honey, it’s still sugar, so should be used sparingly.

Use healthier ingredients for a healthier cheesecake.

Make a baked cheesecake that is lower in calories.

Start by lowering the calories and making the crust healthier. Just like the no bake version, you can crush your favorite low calorie cookie for the crust, mix 8-oz of low calorie cookies with 4-ounces of butter or low fat spread. Some people use arrowroot biscuits and/or ginger cookies. Press that mixture into a lined pan and bake at 360 degrees for ten minutes. Remove and add the filling. Turn up the oven to 430 degrees to preheat for the actual cheesecake.

Here’s the healthier filling to use for baked cheesecake crust.

Either use 5-ounces of low-fat cream cheese or making your own by straining Greek yogurt. Add that to 9-ounces of reduced fat pureed cottage cheese, and 4-ounces of lower fat ricotta. Mix, then add 3TBS of cornstarch and ½ cup of baker’s (castor) sugar. Beat 3 eggs then add 1 TBS lemon juice, the zest of one lemon and 2 tsp vanilla extract. Add to cheese mixture. Mix thoroughly, then add 5-oz of Greek yogurt. Pour into the crust. Bake 10 minutes in the 430 degree oven, lower the temperature to 230 degrees and bake 25 minutes. Next turn off the oven, leaving the cheesecake in there another two hours. Open the door of the oven, but don’t remove the cheesecake for another hour. Cool for 20 more minutes and remove the form. Top this with berries mixed with Greek yogurt and more grated lemon zest.

For more information, contact us today at Urban Athlete